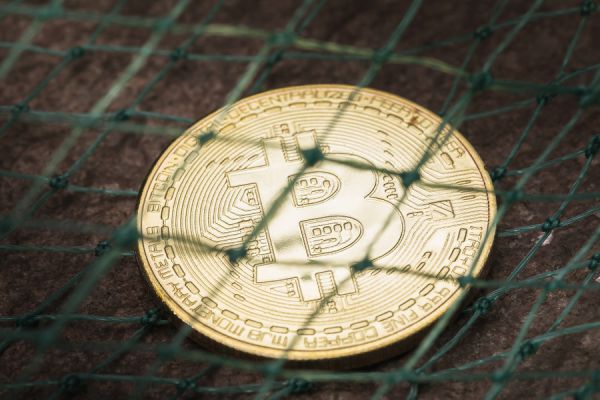 The collapse of the bitcoin rate triggered a wave of sales on the crypto market. At the same time, from January 1, Russian investors need to closely monitor their transactions. When the exchange can forcibly close positions against the will of the client, what operations will be controlled and how not to lose money when selling bitcoin?
Why bitcoin rate collapsed

Bitcoin plunged to $ 29,000 on Friday, although it climbed to $ 42,000 earlier this month. The rapid decline in the price of the main cryptocurrency has spread panic among many investors. They rushed to sell the coin.

- Apparently, a sale has begun on the cryptocurrency market. It's time to take profit. No wonder. In general, the market crash will be a highly anticipated event before spring. After Bitcoin breaks the 28 thousand mark, a wave of panic among private investors may begin. Then it may well rush down and fall to 20-22 thousand. This trend will continue for a while. The decline in the asset is quite logical, since the rapid growth in December and January is little justified. Fundamentally, the coin should fall right now, moving from growth and stabilization to decline, - said the head of the analytical department of AMarkets Artem Deev.

According to the analyst, investors now have two strategies of behavior. You can panic and start selling cryptocurrency along with everyone. Or you can hold onto the coin to wait for the minimum and buy more.

- Now it is very important where January closes. If it is below 30 thousand dollars, then the probability of a downward correction to 20 thousand will be very high. Perhaps the scenario of 2018 will repeat itself. If buyers regroup and close January above 37k, then you need to be prepared for a rally to 46k. Thus, now the situation on the crypto market is very tense, - explained Vladislav Antonov, analyst at IAC "Alpari".

Is it worth worrying about blocking crypto-exchanges and its consequences?

Many crypto investors continue to fear that there may be problems with the withdrawal of funds. Especially after the largest cryptocurrency exchange Binance received a notification from Roskomnadzor about the blocking of the site in Russia on September 24. This was done by a court decision from the Arkhangelsk region. The exchange was accused of illegally posting information about the possibility of acquiring bitcoin.

On January 1, the law on digital financial assets (DFA) came into force, which legalizes the circulation of cryptocurrencies. As a result, on January 21, the Arkhangelsk Regional Court overturned the decision to block the Binance website.

- The news had no effect on the market, since in fact the exchange worked without interruptions and provided its services to Russian users in full. Bitcoin has been in the legal field since 2021. Otherwise, Binance would not have been unblocked. If the investor is a law-abiding citizen, then in 2022 he must submit a declaration at the end of the year and pay a 13% tax on the profits received. If there is no profit (the cryptocurrency will become cheaper), then you do not need to pay anything. Bitcoin is sold on the exchange, so rubles are transferred to the bank. There should be no problems with withdrawing money. Nevertheless, there is a risk that the bank will block the receipt of funds from the crypto-exchange under the anti-money laundering law (No. 115-FZ), said Vladislav Antonov.

Bitcoin weakened on Thursday amid falling dollar. For many investors, it was strange to observe, because it usually happens the other way around. The cryptocurrency market could come under pressure after the news that double spending was recorded on the bitcoin network. This is a situation where a random user or attacker manages to spend the same amount twice. According to Vladislav Antonov, since many long positions were opened on the market, when they were closed, bitcoin easily lost in value. Then, in just one day, long positions worth $ 1.14 billion were closed on eight exchanges.

“It was the exchanges that forcibly liquidated the positions of investors who did not have enough margin security,” explained Vyacheslav Antonov.

By the way, the situation is not unique. This happens regularly with a sharp collapse of the cryptocurrency. For example, in March, when the bitcoin rate fell

up to $ 3,800, exchanges forcibly closed long positions of users in the amount of over 5.8 billion. One large investor immediately lost $ 70 million in one deal.

On January 1, the law "On digital financial assets" came into force. This is a very important document for the industry, since previously the crypto market in Russia was practically not regulated in any way. One of the main tasks of the law is to bring bitcoin out of the shadows.

Now you can own a cryptocurrency completely legally. But the law prohibits paying with it on the territory of Russia. Accordingly, the entire shadow sector of coin circulation is outside the legal framework. In addition, from January 1, Russian citizens cannot engage in brokerage and intermediary activities when buying cryptocurrency.

Now the question of how exactly the law will be applied in practice is being worked out. The mechanism for tracking transactions has not yet been precisely defined. There are a number of other technical issues as well. So, formally, from this year, transactions worth over 600 thousand rubles come under financial control. Bitcoin will be no exception. It is planned to take into account all transactions with cryptocurrency. Accordingly, the investor must be ready to confirm the legality of the origin of the money.

In previous years, the main factor behind the change in the bitcoin rate was the movement of capital to and from China. After the collapse of the national stock market in 2016, the Chinese authorities imposed strict restrictions on the withdrawal of money. So, in late 2016 - early 2017, foreign investors had to look for an alternative financial channel. It was the cryptocurrency market.

In the current situation, economists see no reason for the withdrawal of capital from China. At least for now. But a completely new factor has appeared, which can seriously affect the crypto market.

- This is a sharp increase in the money supply in the world in the second half of 2020. It was he who raised the bitcoin rate from 3800 to 42,000. If the money supply does not increase in such volumes in the next few years, and China does not have problems, then the cryptocurrency rate will begin to deflate, ”concluded Alexander Rozman.