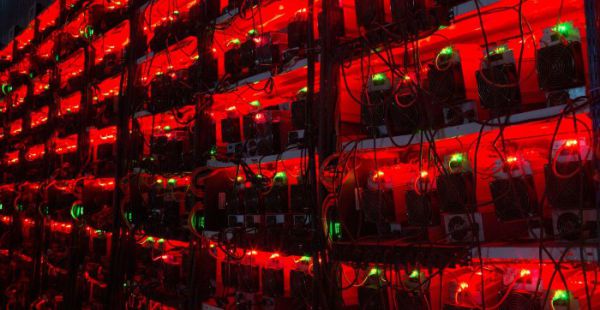 Watching investors pouring millions into shell companies, and company capitalization skyrocketing after the IPO, at least eight cryptocurrency firms are considering IPOs. Coinbase has already applied. Other exchanges are developing their own plans or seeking to enter into acquisitions through various takeover mechanisms. And two bitcoin mining firms in China are on the list of companies requiring special surveillance over IPOs, Renaissance Capital reported.

An industry that prides itself on not being part of the financial market infrastructure plans to list its shares on exchanges. For some investors, this creates cognitive dissonance and anxiety. The IPO rush is already enough to cause a bubble in the market. And if you add here a cryptocurrency prone to speculation and high volatility, the situation can take a dangerous turn.

“Cryptocurrency is chronically sick with bubbles. The IPO market also has a predisposition to them. Right now, both of these areas are at a dangerous stage, says Aaron Brown, crypto investor and author of Bloomberg Opinion. "If crypto IPOs await us this year, get ready for a bubble squared."

Last fall, the IPO market was hot white. Company stocks jumped 70% from March lows and companies rushed to seize the opportunity. Going to open markets and shell companies became so popular that records fell one after another. And the rise in share prices in the early days, a barometer of investor appetite for new public firms, has become one of the highest in decades.

The crypto industry could not stand aside
According to Renaissance Capital, Coinbase and eToro, along with mining company MicroBT, have started talking about plans to go public this year. Several other companies are the Gemini Trust Co. and mining firms Bitmain Technologies and Bitfury may also join the IPO wave.

“Obviously, there is a gap between the private and public market valuation in relation to technology companies. It encourages startups to go IPO faster, '' said Emmanuelle Guo, co-founder and CEO of Skew, a data mining and crypto derivatives trading platform. "Given the current interest in cryptocurrencies, I expect very high demand for the leading cryptocurrency companies."

Coinbase, which was valued at more than $ 8 billion in 2018, caused the biggest hype. The company filed for the filing last month, hoping to go public at a breakthrough moment for the industry. According to Bloomberg, the exchange has about 35 million verified users, and its platform stores assets worth more than $ 25 billion. Coinbase declined to comment on the situation.

Crypto enthusiasts have long sought wider acceptance from Wall Street, hoping that this will help kick-start a period of growth. That prediction was partially confirmed last year, when institutional participants helped push Bitcoin to new highs.

Time will tell
Mati Greenspan, founder of Quantum Economics, believes the environment is favorable for cryptocurrency firms. Recognition from institutional investors means there are wealthy people who are willing to invest, especially at a time when the value of cryptocurrency is skyrocketing.

“If you want to raise capital, it’s better to do so while the conditions are favorable,” he said.

However, he does not believe that this is an indicator of an inflating bubble.

“There are supply issues,” he said, adding that most of the mining equipment manufacturers have already received six months in advance. At the moment, I don't think they even answer calls. "

But many are wondering how much cryptocurrencies can grow after the sensational 2020, when Bitcoin set record after record. According to Bloomberg Economics analysis, about 60% of profits since October can be attributed to market hype and dynamic trading.

Bitcoin crossed the $ 40,000 mark and entered a correction. Despite the decline, the cryptocurrency is still about 16% higher compared to the levels of the beginning of the year. A survey conducted by Deutsche Bank among more than 620 professional market participants showed that 50% of respondents gave Bitcoin the highest rating of 10 out of 10 in the bubble rating. Whether this is so will become clear only with the passage of time. However, investors with a good memory have taken this into account.

on potential IPOs - this is what is usually seen at the end of a bull rally. While this trend may not signal an imminent collapse, and he himself is bullish on cryptocurrencies, the situation is still reminiscent of the excitement that was observed during the height of the dot-com bubble in the early 2000s.

“When several companies from the same sector enter the open market at the same time, it shows that the people who run these companies understand that their value is very high,” he added. "The smart guys are using this parabolic growth right now."