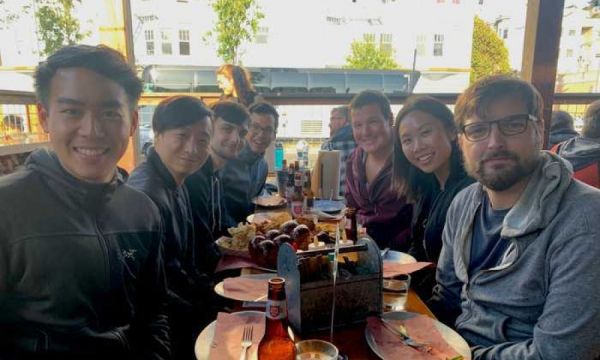 The dYdX decentralized derivatives exchange has raised $ 10 million in Series B funding, according to The Block. Using fresh capital, dYdX is looking to expand its platform and team, as well as its presence in Asia, with a particular focus on China.

Announcing the news on Tuesday, dYdX revealed that the round was led by Three Arrows Capital and DeFiance Capital, with contributions from Wintermute, GSR, Scalar Capital and others. Existing investors including a16z and Polychain Capital also supported the round.

With fresh capital, dYdX is looking to expand its platform and team, as well as its presence in Asia, with a particular focus on China.

“China is a very important market for dYdX, DeFi and the global cryptocurrency industry,” said dYdX founder Antonio Giuliano. "dYdX is committed to long-term success in China and is investing heavily in growth."

Founded in 2017, dYdX offers three different types of products - perpetual contracts with up to 10x leverage, spot trading and margin trading with up to 5x leverage.

The exchange reached a record trading volume for all three products in 2020. At the same time, the total cumulative trade volume was $ 2.5 billion, which is 40 times more than $ 63 million in 2019.

“We believe dYdX will continue to gain market share in CEX [centralized exchanges] through lower switching costs, simpler connectivity, better user interface and experience, increased security guarantees and more attractive trading products,” Giuliano said. “Over the course of 2021, we aim to launch multiple cryptocurrency markets with the goal of ultimately becoming on par with major CEXs in the crypto space.”

To this end, dYdX is committed to further developing its platform and expanding its current 14-member team (it doubled its staff last year). One of the main features that dYdX is launching soon is the Ethereum Layer-2 scaling solution that uses ZK-Rollups.

dYdX is built on Ethereum, and given the limited bandwidth of the blockchain network and high transaction costs, several DeFi projects, including dYdX, are looking to implement cumulative packages. The underlying philosophy of data accumulation is that transaction data is stored on-chain and transaction computation is done off-chain to scale Ethereum throughput.

There are two main types of Rollups: ZK-Rollups and Optimistic Rollups. The first ensures that transactions are valid with zero knowledge proofs, and the second allows you to challenge the validity of a transaction on the Ethereum blockchain. Optimistic Rollups are currently a more flexible solution, because they are easier to create smart contracts on, and ZK-Rollups are technically more secure.

When asked why dYdX chose StarkWare's ZK-Rollups, Giuliano said the exchange needed a scaling solution that could hit the mainnet “within a few months, not some indefinite time frame.” For this reason, "we have excluded Eth2 and Optimism, which were not yet on the mainnet."

Giuliano said the backplanes provide over 100x scalability without Eth2. DYdX is set to launch its StarkWare Layer 2 solution for cross-margin perpetual contracts next month.

Looking ahead, dYdX is also planning to further decentralize its platform and may even launch its own token.

“Our team is actively exploring how best to decentralize the protocol over time. Decentralization will be a gradual process that could eventually lead to the DAO [Decentralized Autonomous Organization] being run by the community, ”Giuliano said.

Series B brings dYdX's total capital raised to date to $ 22 million. The exchange previously raised $ 10 million in Series A and $ 2 million in seed capital. Giuliano declined to comment for dYdX's rating.