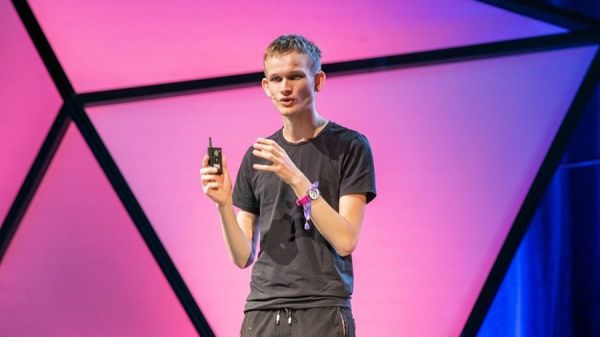 Ethereum co-founder Vitalik Buterin urged netizens to migrate to second-tier scaling solutions that "are already in use for many classes of applications."

Buterin expressed his opinion at the opening of the CoinDesk invest: ethereum economy conference. He expressed enthusiasm for second-tier scaling solutions like Rollups. Given that the plan for scaling the base level of the Ethereum blockchain with sharding will only be implemented in a few years, Buterin said that users should start using Rollups now.

“If you are listening to this and representing an exchange, a wallet, a mining pool, or simply using Ethereum, then you should know what Rollups are and how they work. Basically, what is your strategy in terms of transition to them, ”Buterin said.

He praised Optimistic Rollups and ZK-Rollups solutions that use zero knowledge proof technology. He added that leveraging these solutions on the existing Ethereum chain could increase network throughput from roughly 15 transactions per second to 1,000-4,000. “In terms of the current situation, for simple payments, you can perform ETH transactions within Rollups. The task is to force everyone to switch to second-level solutions, ”Buterin said. "Standard smart contracts for applications on the Ethereum Virtual Machine (EVM) are a little behind." Buterin did not specify when Ethereum will switch to PoS, but said that phase 0 will be rolled out "very soon." This week, Ethereum developers successfully launched the Zinken testnet and tested the creation of the ETH 2.0 genesis block. Zinken was launched following a failed deployment of the Spadina testnet.

The Ethereum co-founder also said that Ethereum 2.0 stakers will be able to count on a net profit if they stay online at least 50-60% of the time. “The developers of some other PoS-based networks say that the stakers have to be online 12 hours a day, which is absolutely insane in my opinion,” he said.
Buterin expressed his approval of the EIP 1559 proposal, which the developers began to discuss in the summer, when fees for transactions on the network increased many times. EIP 1559 aims to address problems with the current transaction fee model that forces users to pay more than necessary.

He noted that since commissions are "destroyed or burned, it is highly likely that the amount of ether burned in commissions will exceed the stake for stakers" at current usage levels. As a reminder, Ethereum miners have previously expressed disapproval of the new fee model in EIP 1559.