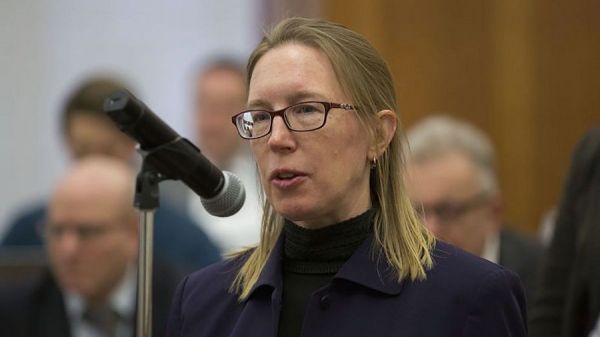 SEC Commissioner Esther Pierce believes that the recent actions of US regulators against BitMEX are a "wake-up call" and a warning for the entire cryptocurrency business.

In early October, the US Commodity Futures Trading Commission (CFTC) filed a lawsuit against cryptocurrency derivatives exchange BitMEX, accusing its owners of violating KYC / AML procedures and illegal activities in the United States. The US Department of Justice announced that the maximum sentence on the charges against them could be 5 years in prison.  BitMEX CTO Samuel Reed was arrested but released a few days later on an unsecured $ 5 million bond. Analyst firm Chainalysis later classified BitMEX as a high-risk platform.

Hester Peirce, Commissioner of the US Securities and Exchange Commission (SEC), believes that the BitMEX situation will serve as a warning to other firms in the cryptocurrency industry and a reminder of the need to comply with regulatory requirements and US law. “The actions of regulators in relation to BitMEX serve as a loud message to all cryptocurrency firms. If they offer their products or services to US citizens, such firms must be held accountable under US law, ”said Esther Pearce.

She also touched upon a topic related to Bitcoin Exchange Traded Fund (ETF). Pierce believes that with such a product, institutional investors will be able to access bitcoin in regulated markets. Earlier, the SEC rejected applications from companies NYSE Arca and Wilshire Phoenix to create such an instrument, justifying their refusal to possible market manipulation and concern for the rights of investors. However, Pearce does not support this approach of the Commission and called the agency's actions unfair to investors. “The SEC believes that investors are not able to make reasonable decisions on their own, so it is easier for the Commission to completely shield users from this product. It seems to me that this is pointless. Investors are showing great interest in Bitcoin ETFs, and by working with this tool, people could get closer to the cryptocurrency industry, ”added Esther Pierce.