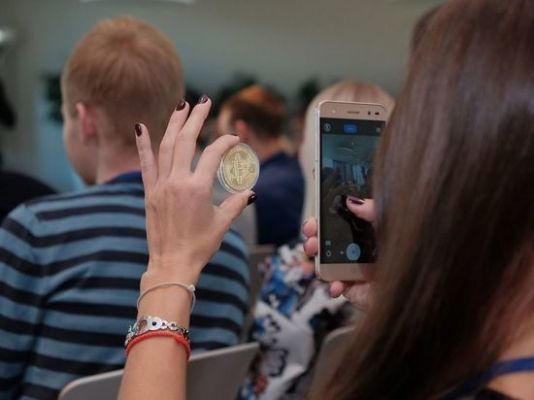 That huge funds are spinning in the cryptocurrency sphere no longer surprises anyone. Another thing is surprising: since this market is extremely young, tens of billions are lost on it for stupid reasons - they forget passwords from electronic wallets, bring them to the handle or throw away old hard drives. We found two Russians who found themselves in such a situation.

Stories of people who have lost access to crypto wallets
PHOTO: PIXABAY.COM
$ 140 billion worth of bitcoins are stuck on blocked e-wallets, the owners of which have forgotten their passwords, the New York Times reported. Unlucky crypto owners have lost about a fifth of all cue ball in the world. Considering that the cost of bitcoin at its January peak almost broke through the mark of $ 42 thousand per coin, some have lost entire fortunes. Losing other cryptocurrencies is no less offensive, because their rate has also grown significantly over the past few months.

How not to become a millionaire

The other day, the world media replicated the heartbreaking story of a San Francisco programmer Stephen Thomas, who lost the password from the hard disk, which stores the keys to an electronic wallet with 7 thousand bitcoins, whose market value is about $ 240 million. With such a state, the IT specialist, previously unknown to the general public, is not would be lost on the Forbes lists too. But not destiny ...

Stefan became the happy owner of digital coins ten years ago: in 2011, he published an educational video "What is Bitcoin?", And one of the then few cryptocurrency fans transferred 7002 bitcoins to the programmer in gratitude. At the time, one blockchain coin was worth $ 1. Thomas put the keys to the wallet on a secure disk, and wrote down the password for it on a piece of paper, which he later lost. The hard disk allows ten attempts to enter the password, and if none of them fit, the disk erases the data forever. By the time the whole world learned about the programmer's history, he entered the wrong password eight times.

Now the whole Internet gives Stefan advice. Former Facebook security director Alex Stamos offered him his help to save the e-wallet ... for 10% of the amount. However, there is little chance of a happy outcome for this story. If you do not remember the correct password, the blockchain cannot be cheated: this is a minus and at the same time a plus of such decentralized systems. This is probably why about 4 out of 21 million bitcoins, and also a myriad of other cryptocurrencies, are lost on old hard drives, bankrupt crypto exchanges and forgotten electronic wallets.

Blockchain key where the money is

The main cryptocurrencies - bitcoin, ethereum, and bitcoin cash - use three basic information elements: the address that is required to send and receive them, and the public and private cryptographic keys corresponding to the address.

“The blockchain does not have a password reset function, and there is no support service. In addition to the "password" itself (in fact, this is not a password, but the second half of your address, the private part of the key), most wallets use additional authorization methods, for example, a seed-phrase or a key saved as a file on your computer. Usually, when registering, users save this file, write down the phrase on a piece of paper or in the Notepad application on a computer or phone. The worst thing is to irrevocably lose these “reminders”: it is impossible to recover or guess the password, ”explains Denis Burlakov, CEO of RBK.money fintech company.

It is curious that people who professionally deal with cryptocurrencies often become victims of forgetfulness and inattention, which is unforgivable for the blockchain. Both of our heroes - Ivan and Tatiana, who have lost access to their crypto wallets, are one of those. They told how they became the owners of digital coins and how they did not save their crypto capital.

Ivan, a former employee of a crypto fund: “In 2017, I worked as a public relations specialist in a crypto fund. For work, I opened an Ethereum wallet. Our clients-companies that entered the ICO (a form of attracting investments in the form of selling crypto-assets to investors - "MK") threw their tokens there, plus we bought something for ether for the needs of the company. On my wallet there was a change from the difference in rates.

The password to the e-wallet was in the form of an encrypted PDF file: you download it and it is accepted as a password on the site with the e-wallet of ether. I downloaded the file to my phone. Then the cryptocurrencies dropped significantly in price, things did not go well in the crypto fund, I was cut. I “scored” on my wallet, and then changed my phone.

Of course, the file was lost. Probably, it lies somewhere in the cloud storage and you can try to restore it, but I decided not to bother with it. The amount there is small - about 10 thousand rubles at today's exchange rate: it's a pity for the time and nerves to search.

4 RELATED MATERIALS
Tatiana Maksimenko, official representative of the Garantex cryptocurrency exchange: “As a person dealing with cryptocurrencies, I can say that there are three most common mistakes when handling

The first mistake: forget the seed phrase or write it down and lose it. The most classic story: bitcoins were bought "during the time of the Tsar Pea", no one remembered them for years, and then growth begins and the owner remembers that he had "cue balls" lying around on some ancient laptop. Now they would cost a couple of million rubles, but the password for them has long been lost.

The second mistake: when paying for services, do not check the recipient's address and send coins “to nowhere”.

The third mistake: to strengthen the protection when logging into the account of the crypto exchange using two-factor authentication and accidentally erase the application on the smartphone that generates these one-time codes for entering.

All of the above happened to me. Thank God, we were talking about very small amounts or managed to get out of the situation.

For example, by some miracle, the seed phrase for a bitcoin wallet was found in old papers that were already stored on the balcony and were preparing to go to the trash heap. In the case of authentication, access was restored thanks to the support service of the crypto exchange. True, it took a lot of time and effort: it was necessary to send documents, a photograph with a passport and answer all sorts of questions, such as "your last account transactions." And there were problems with authentication because the Google Authenticator app was installed on an old phone that had a crashed screen. After buying a new smartphone, I decided to erase all information and all applications from the old phone, accidentally erasing the necessary one.

As for the recipient's address, once I accidentally pressed a key and a couple of digits in the wallet address were replaced by another. So a handful of litecoins, with which I wanted to pay for IP telephony services, have sunk into oblivion. It's good that such services are inexpensive, and losing $ 20 is not a big shame. But the experience is for a lifetime: now I check everything related to cryptocurrency several times. "

Loss of access to a crypto wallet is a typical problem for many market participants, especially non-professional ones, says Dmitry Volkov, CTO of the international crypto exchange CEX.IO. The main enemy here is forgetfulness and inattention of users.

Therefore, the most effective recipe for protecting your crypto wallet from yourself is only one: to be serious about storing passwords. “If the wallet is stored on your device, an encrypted file becomes the key to it (as in the story of our hero Ivan -“ MK ”). For each key, an English passphrase of about ten words is generated. If the file is lost and the key is lost, it can be restored using this phrase.

Also, a common protection method is to store a copy of the key in the cloud storage. It is easier for those users who have chosen an online wallet with trusted storage: in this case, a special service, for example, a crypto exchange, takes up the storage and protection of the cryptocurrency, and the user only works with an account in it. The owner of such a wallet usually does not have keys, he simply uses the login and password to enter the site, confirms his identity using two-factor authorization, just like when working with the Internet bank (our heroine Tatyana deleted the application with the codes for authentication on the crypto exchange - “ MK ").

Restoring access to online wallets is done as standard using e-mail, SMS and identity verification, which can take time. However, if the service itself is attacked by hackers or simply loses the keys, it will be impossible to recover them, ”says our interlocutor.

It turns out that there is the only legal way to restore access to the crypto wallet - is to contact the support service of the services on which the wallet is registered. “There are also illegal ways to recover a crypto wallet,” adds Daniil Rostovtsev, CTO of TMT, “For example, password cracking. But in order not to get to extreme methods, and there was no trouble, it is worth following the recommendation given when registering any crypto wallet - not just remember, but write down and save the access password in a safe place. "